Part 4: Rise of the red factor

Canaries are yellow. This is one of those ‘everybody knows’ facts that are in reality completely untrue. As you will have seen from images on previous posts, canaries come in all shapes and sizes, and are often greenish-brown rather than yellow. Up until the start of the 20th century however no one had succeeded in breeding a canary colour that was not a variation on the colours in the wild bird. 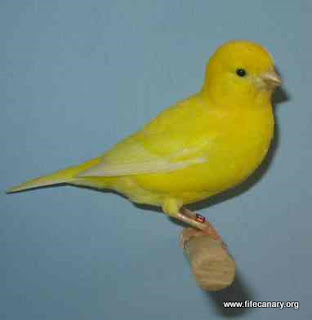 One of the minor unexplained oddities of human beings is our fondness for keeping pets. Wherever you go, and in every society, you will generally find someone, often but by no means always a child, with a pet animal of some kind. Perhaps the world leaders in the variety of species kept are probably the native peoples of the Amazon – everything from parrots to tapirs has been reported as being kept in the villages. This happens even though the same animal may be hunted for food, or regarded as potentially dangerous (bears for example). True pets or companion animals are not the same as work animals such as hunting dogs, which may be quite badly treated. When people first started keeping them is not at all clear, but for some reason it is more common outside Africa. Given that we now know that non-African modern humans are at least part Neanderthal, I wonder – did the practise actually start with them? Contrary to what may be thought, hunter-gatherer societies are just as fond of keeping pets as settled agricultural ones, so there is no lifestyle objection to that idea.

The story of the canary

From ancient times, people have kept a variety of small birds as companion animals, usually for their song. Today a huge variety of species are kept, but probably the commonest is still the first to be truly domesticated, the canary. As they have been kept for so long, their story is entwined with the origins of genetics, conservation legislation, even health and safety. The ‘miners canary’ is still proverbial (at least in English) as a reference to some event which is a portent of far more serious disasters to come, and these days is most often heard referring to some environmental change heralding climate change induced catastrophes. This series of posts will investigate the natural and unnatural history of the canary, and some reflections along the way on its implications for the world as a whole.