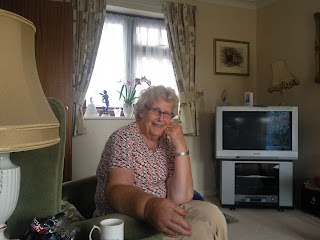 The last post of this year is a sad one for me. In October my mother passed away after being diagnosed with cancer some years ago. She could stay at home up until only a few days before she died, and fortunately was able to look after herself, with some help, more or less to the end. I will always be grateful to her next door neighbour who helped her so much, and to the hospice where she spent her last days and whose outpatient day centre she so enjoyed visiting.


Mum was born in London in 1924 and was a keen Girl Guide. She should have been on a trip to Switzerland when WWII broke out – she was very annoyed at this and much enjoyed travelling in later life. I once said she should leave an itinerary letting us know which continent she was on! We have relatives on her side of the family in Australia and New Zealand – in fact a relative of hers, William Burton, was the last surviving member of Scot’s expedition to the Antarctic when he died just short of his 100th birthday in 1988 (he was a stoker on the Terra Nova). I am glad to say Mum and Dad met him in Christchurch before he died.

Read more »
Posted by Alan at 08:36 No comments: Links to this post

Email ThisBlogThis!Share to TwitterShare to FacebookShare to Pinterest
Labels: family

11th July marked the zoos’ 175th birthday, having opened on that date in 1836. In its early days, the Zoo received the gift of a lioness from Queen Victoria, and in 1868 the Maharajah of Mysore sent over Zebi the Asian elephant, which became renowned for removing and eating straw hats! Rajah, who gave rides to children for many years, replaced her. 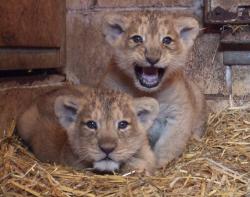 To round up this years posts I will review the year at Bristol. This has been a major anniversary for us, as Bristol is the fifth oldest zoo in the world in continuous operation, and the oldest outside a capital city. From the start Bristol has pioneered many exhibit styles, and has majored in zoo education, research, and public service, so even if a visitor may see larger versions in other zoos, there is a good chance we were at least early adopters if not originators. For example, we were among the first to have a reversed photoperiod nocturnal house and walk-though aquarium tunnel (admittedly the latter is very small compared to more recent versions as it was created before modern acrylics came into use).

Read more »
Posted by Alan at 09:20 No comments: Links to this post

The first aviary a visitor encounters at Bristol is the Camargue aviary opposite the entrance. Although it contains several species, the most instantly recognised are our flock of Greater Flamingos, Phoenicopterus roseus, one of two living species found in the Old World, along with the Lesser Flamingo, Phoeniconais minor. There are another four species found in the Americas, of which the only one found naturally in North America is the American Flamingo Phoenicopterus ruber. The American Flamingo was formerly classed as a subspecies of Greater Flamingo but has now been split into a separate species. There other three species live in the Andes at high altitudes, and comprise the Chilean, Andean, and Puna or James’ Flamingoes. Very few Andean or Puna flamingos are in animal collections, but some can be seen at the Wildfowl and Wetland Trust collection at Slimbridge.The vast majority of flamingos to be seen in zoos or wildfowl collections are Greater, Chilean, or American flamingos.

Read more »
Posted by Alan at 08:19 No comments: Links to this post

Part 6: And finally, the show scene 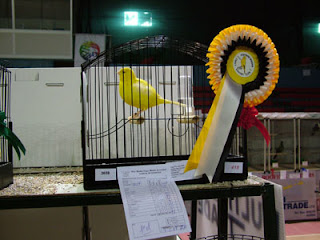 Today the canary is one of the commonest pet birds in the world. Just about every pet shop in Europe or North America at least will have some, and a single bird or a pair is easy to accommodate. As with all birds however, larger accommodation in the form of an indoor or outdoor aviary allows them to keep fitter and more active. Anyone interested should consult any of the innumerable books, websites, or forums where information from other keepers is easily available.

Read more »
Posted by Alan at 08:40 No comments: Links to this post

Part 5: Down the mines

The canary in the coal mine is a familiar expression today, generally used either for some environmental change or for some ominous economic event, but how did it originate? And for that matter, what were canaries doing down the mines in the first place?

Read more »
Posted by Alan at 13:52 No comments: Links to this post