Butterflies of Bristol 11: Some new arrivals

For all those readers who are busy recovering from Christmas (you know the score – disposing of the wrapping paper, finishing up leftovers, hiding the bodies…) there are some new species just arrived from our Costa Rica supplier that can be found in the Butterfly House. Here are some brief notes on what to look for: 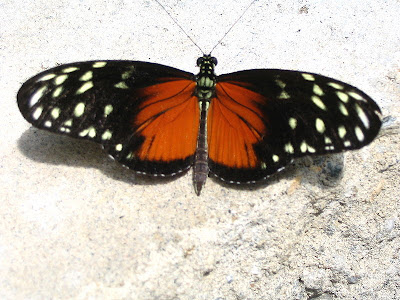 Tithorea is a nymphalid butterfly belonging to the Ithomiini, the same group as the clearwing butterflies that breed in the house. Unlike them, it is warningly coloured, from which the common name Tiger Wing butterfly is derived. Like many of their relatives, the larva feeds on members of the milkweed family Apocynaceae, with Echites and Mandevilla being reported as larval hosts, although over its vast range in Central America it probably uses several others. One odd feature is that the males are strongly attracted to bird droppings, sometimes visiting the same one several days in a row. It is believed they derived compounds from them which they use to produce pheromones used in courtship, and possibly transfer to the females to help produce healthy and viable eggs. 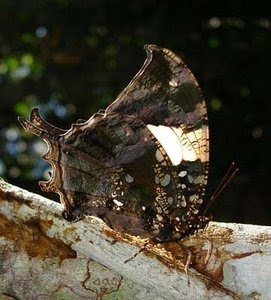 The Leafwing butterfly gets its name from its mimicry of dead leaves – a common camouflage method among many butterflies. A member of the nymphalid tribe Anaeini, it is essentially a Neotropical equivalent of the African Charaxes butterflies, to which subfamily (Charaxinae) the Anaeini belongs. Most of the group, as might be expected, are found in Central and South America, but some species range into the southern United States. The reported food plant of Hypna is Croton. 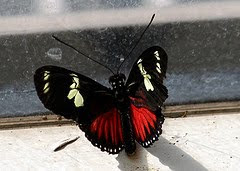 The Cattleheart butterfly (I don’t have the faintest idea why it is called that) is a widespread swallowtail butterfly with a range extending well into South America. Like most of its relatives, the larva feeds on Aristolochia, which is highly toxic and is the source of toxins used by the adults to deter predators. Because of this, the Cattleheart is widely mimicked by other species. 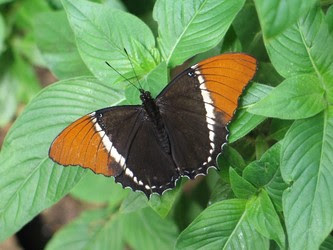 This butterfly is widespread and common in Central and South America, and very rarely strays as far north as southern Texas. A large butterfly, it belongs to the tribe Victorinini, a subdivision of the Nymphalidae which is restricted to the New World tropics. The larval food plant is Blechum and probably other members of the Acanthus family Acanthaceae.