Land of the Dodo 9: Waterbirds 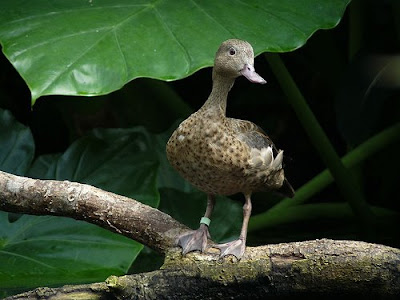 At first contact, there were many species of water bird have colonised the Mascarenes, of which seven are extinct and of the survivors, all are wide-ranging species which still survive in other parts of the world, and may yet recolonize naturally.

Of the ducks and geese, the Mascarene Teal Anas theodori survived on the islands until approximately 1700. This was closely related to the Madagascan Berniers Teal, itself now critically endangered and subject to a captive breeding programme. (Image of captive bird at Slimbridge) 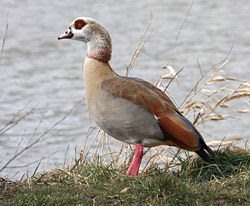 Mauritius and Reunion each had an endemic species of sheldgoose, Alopochen, close to the Egyptian Goose which still is widespread in Africa, and for which there is a small feral population in the UK. Both species were extinct by 1700, probably as a result of rats. 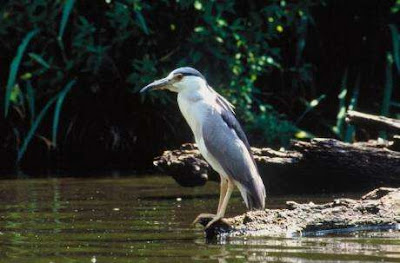 Probably also exterminated by rats were the three species of Night Heron, Nycticorax, although habitat destruction may also have played a part. The Night Herons could fly, but were reluctant to do so, and probably preyed heavily on land crabs and baby tortoises. The destruction of the crabs by rats and House Shrews would have eliminated much of their food supply.

Reunion held a species of ibis, Threskiornis solitarius, which was close to the African Sacred Ibis. Like the night herons, it was reluctant to fly and probably became extinct (by 1720) for similar reasons.

The small population of Greater Flamingos on the islands was probably eliminated by hunting. Even before human contact, most of the birds would probably have been non breeders from Madagascar or mainland Africa.

The reason for the extinction of the widespread and successful Dimorphic Egret is unclear – probably introduced mongooses were responsible. The available habitat for water birds is limited on the islands, and colonies were probably restricted to only a few sites. The Reed Cormorant probably died out for similar reasons on the islands, despite being widespread in Africa. 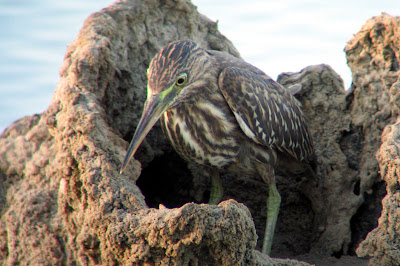 Finally, at least one widespread species has colonised naturally since the arrival of humans on the island. The small Striated Heron (close to the American Green Heron) probably colonised in the early 19th Century and is now present on all the islands.
Posted by Alan at 11:39